Today, in good news, President Trump announced that the UN decided to put heavy sanctions on North Korea, with the vote passing 15-0. This is also coincides with the US ordering that the US pulls out all citizens from North Korea within a certain time frame, which has a correlation with the murder of Otto Warmbier at the hand of the North Koreans. These past months, North Korea has gotten braver about firing its missiles towards Japan, and if rumors are to be believed, they have the capability to reach the U.S. with their missiles. With all this at play, it begs the question, is there going to be war with North Korea sometime soon?

The short answer is no. Not only will we probably not go to war with North Korea, but we also shouldn’t. In an ethical matter, going to war against a tiny, but heavily brainwashed nation is nothing but a recipe for disaster, just look at our long and disastrous war with Vietnam. North Korea has spent the past few decades brainwashing and fear mongering their own people, to the point that almost everyone either believes the lies their government tells them, or know that they will get killed if they actually speak their minds. Just like the danger of invading Japan in World War II, going into North Korea would be a logistical mistake, as we would be killing millions of innocent people who are merely brainwashed pawns of an evil and idiotic ruling class. As tempting as it might seem to flex our muscles here, the solution is not to be aggressive, but rather intelligent and defensive.

What Do We Do? 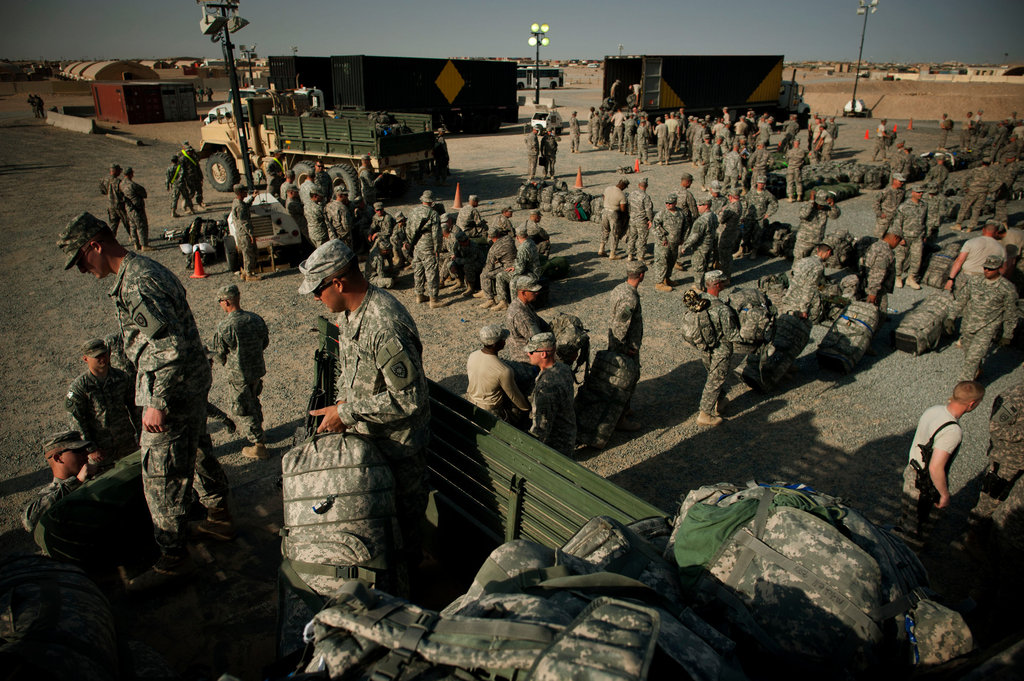 Something that has irked me about the foreign policy of Obama’s administration was how weak America looked during his duration. Constantly, we let Putin grow power in Russia without condemning him, and constantly we let Asian and Middle Eastern nations grow wealthy off of foreign aid and humans rights violations, yet did nothing to stop it. Think about the horrible sex trafficking in Asia, the active and immoral slave trade in Africa and the Middle East, and the constant murder and Anti-Gay humans rights violations that Russia commits, and the Obama administration did nothing but aid in this. In fact, publications would applaud Obama for being calm and collected, using his bully pulpit to occasionally draw lines in the sand verbally, yet at the same time let all these atrocities continue to happen. Due to this, America dropped its place as number one in TIME’s most powerful leaders list, falling behind both Putin and Angela Merkel. This is what conservatives mean when they complain that Obama was a weak president, and this is why they believe Trump when he says he wants to make America win again. When China gives millions of dollars of aid every year to ensure North Korea stay afloat, that’s a direct insult to America, South Korea and Japan, all nations who find the humans rights violations and Communist policies of North Korea to be abhorrent. When Russia promises to defend North Korea should anything happen to it, they don’t actually care about the citizens or state of the nation, they merely want to actively defy America to see if they get away with it. I think President Trump does a good job fighting this, despite what the media says. When China supports North Korea, he calls them out, saying that it’s a bad move to do that and the U.S. will make them pay. When North Korea fires missiles, we should show off how powerful our missile defense systems are and how badly we could annihilate them if they tried anything. We shouldn’t go to war with these people, but we shouldn’t play weakling either. There’s a happy middle that this nation needs to find that it’s been devoid of for too long.

At the end of the day, we have nothing to fear personally with North Korea. Their missiles are sub-par at best, and we have the best missile defense systems in the world, allowing us to knock down anything that gets within our airspace. If NK tried to start anything with us, we could collapse them into the ground by the end of the year. The point is, ethically, we shouldn’t, as we wouldn’t gain anything from that conflict other than more unnecessary blood on our hands and the ire of the international community. People hate Trump and he hasn’t actually done anything objectively wrong yet, imagine how bad they’d hate him if they had a reason. The play with North Korea is to do exactly what happened today at the UN. Convince China and Russia, either through respect or fear to stop arming and aiding these horrible regimes, and while we’re at it we should do the same. What this administration offers us is a chance to start fresh on foreign policy, one in which we make up for the quagmire in the Middle East and the sins of our fathers in Vietnam. We can be an America that the world looks up to for protection, and doesn’t act out against out of respect. No matter how delusional our press is, America is the strongest nation and Trump is the most powerful man in the world. The best part is, Trump’s power comes from us, and those we elect. For there to be a war, Congress has to approve it. If you don’t want your sons, daughters, parents, cousins, friends, etc, to be caught up in another neverending, costly, and tragic conflict, consider voting for candidates that don’t have a vested interest in making money off of wars. We all see what happened last time.

One thought on “Are We Going to Go to War With North Korea?”