If you weren’t watching the Game of Thrones season finale on HBO tonight, then the odds are you caught at least some glimpse of MTV’s Video Music Awards, or the VMA’s. Continuing the yearly tradition, the VMA’s were once again a trainwreck of cringey moments as manufactured “pop” icons stopped doing drugs and abusing their partners for long enough to push political propaganda and further use their platforms to express disdain for the President. What makes this frustrating isn’t that the music award show is being used as a platform to push political messaging, as some of the best art made in this nation has been a result of a strong counterculture and anti-establishment community. The real issue is that the modern popular culture presents itself as being anti-establishment and progressive, yet is merely a mouthpiece for big government, corporations, and the Democratic Party.

There are possibly two moments from the night that tie in my head as the best examples of the VMA’s being nothing more than liberal owned propaganda. The first of which was when resident Clinton-shill Katy Perry was reading off several Tweets live on air, and one of which involved an artist promising to release an amazing album once Hillary Clinton won the presidency last year. Perry delivered this would-be joke terribly, and then paused for too long, before attempting to again diss President Trump, but failed to look anything more than foolish. The second awkward moment was in the invitation of several Transgender military members and veterans to the award show, which not only seemed like a pointless statement to me, but also came off as mean-spirited and pandering. Just as Hollywood tries to pride itself on its diversity, no matter how condescending it comes off, the music industry tried to claim the trans community, hoping that this act of virtue signaling would keep them in the clear in the upcoming years. 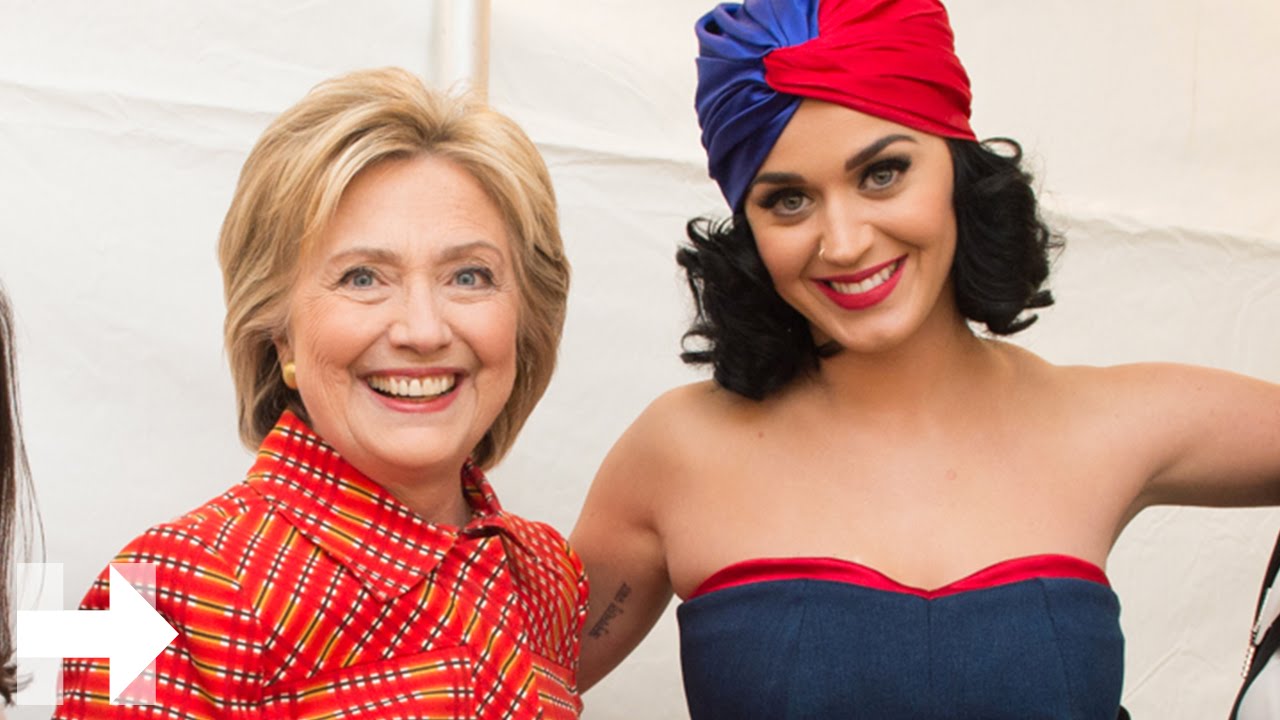 The problem I have with seeing the music industry in this state is that no platform is held sacred any longer. Look at the current climate of popular music, and you’ll find difficulty placing your finger on what exactly the sound really is. After examining it for a little while though, you’ll discover that, just like our nation, popular music has diversified into a cultural quilt of sorts. Only in 2017 can a pop station play hip-hop, rap, country, EDM, as well as more typical “pop” artists such as Taylor Swift and Beyonce. What people have to realize is that music typically associated with being underground or counterculture, has simply been appropriated by the mainstream industry, but still pushed as though its more independent in roots. What this creates is a dissonance, not only between creators and consumers, but between the younger generations who turn to music as a cultural training tool and source of identity.

When today’s children look at the music scene, the options they have all seem to parrot the same messaging. Those who enjoy rap and hip-hop will be constantly drowned in the messaging of Black Lives Matter, that cops are evil, and that the President is racist. Just look at screenshots from Kendrick Lamar and Chance the Rapper concerts, and you’ll see giant signs on stage that say “F**k Trump” and “BLM”. If you follow the more feminine coded music scene and listen to artists like Katy Perry, you’ll have seen them devote their entire media platform to supporting Hillary Clinton, the Democratic Party, and spending every waking moment these past few months telling people to “resist” against hate and “let love win”. Even look at MTV today, and after you filter out the horrendous reality television and soap operas, you’ll find a little gem of a show called MTV’s Decoded, a show where a lady named Franchesca Ramsey rants about the patriarchy, why she thinks White people are evil, and why conservatives are all secretly nazis. The show has horrible reviews and ratings, yet MTV still produces it, which makes one wonder what the “Music Television” channel is really up to.

If you think it’s silly to be upset by an award show, you’ve obviously not been paying attention to the state of the nation these past years. Every single realm of our culture has been invaded by Marxist teachings and left wing propaganda, whether it’s music, film, television, or theatre. We live in a world where Broadway actors use their platform to chastise the Vice President, where television stars fantasize about killing the actual President, where every news network constantly spins propaganda and every film is concerned with race baiting and gender inclusion. Conservatives did a horrible job about establishing themselves in the entertainment industry, and the fact that they let the media get to this level of an echo chamber means that they’re to blame as well. We’ve already seen how lone media figures willing to speak out against the horde of leftists either get their shows cancelled, their social media suspended, or their deals vanish. This means that the fight for America’s culture can’t be a solitary effort. We saw the Republicans win every position of power last election, and odds are they’ll win even more seats come 2018. That being said, they’re essentially lame ducks without the American people on their side, and the only way that can happen is if the media stops being a cesspool for groupthink and if today’s young folk aren’t just mouthpieces for the mainstream. If our culture continues to fall at this rate, we might not have an identity worth preserving should the time come.