This Monday, President Trump announced that he would be nominating DC Court of Appeals Judge Brett Kavanaugh to fill Supreme Court Justice Kennedy’s newly vacant seat. The American Left has decided to continue their nonsensical opposition to any decision the President makes, which put any Trump nomination in the media crosshairs. This inevitability led many conservatives to believe that Trump would pick Amy Barrett, a Catholic female judge with a firm Pro-Life track record that would be in direct opposition to the concerns of the Democrats.

Plenty of polls were taken on social media and news sites asking the public who they thought the President would choose, and the majority of folks seemed to really think Trump would go with the most controversial choice, in the form of Barrett. Really, it would have been perfect having to watch Democrats and Social Liberals like Schumer and Sanders look a woman in the face and tell her that her beliefs on a woman’s right to choose and the second amendment were wrong according to their out-of-touch, reality devoid opinion. Regardless, Trump went a different direction, and after being briefed he decided to choose Kavanaugh, who funny enough was written off because he seemed too obvious of a pick.

A Home Run, Not a Grand Slam 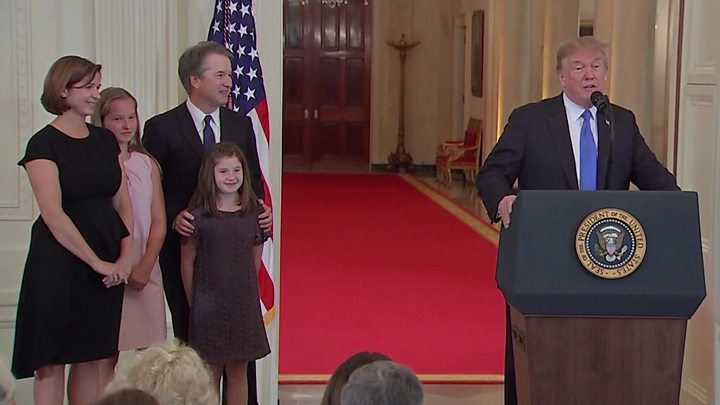 In National Review, David French wrote a great piece, calling Kavanaugh a great pick, but not necessarily the best one, a home run, but not the grand slam that many wanted. Ben Shapiro of the Daily Wire expressed a similar sentiment, stating on Twitter that this decision merely “rents” the liberals, instead of outright “owning” them like Trump promised. This state of mind does a great job of summing up why many political conservatives were upset by Trump’s decision, as nominations aren’t to be taken lightly. At worst, Kavanaugh’s history could very well lead to him being another Justice Roberts, who has ruled incorrectly in many instances, most notably on Obamacare. Also, Kavanaugh’s close association with the Bush family has many worried that he is too much of an establishment pick, rather than the radical moves Trump has the power to make.

Obviously, taking a step back it’s easy to see why people would be favorable towards Kavanaugh. Some have helped tip the scales by pointing out that Kavanaugh was hands down the most “qualified” candidate on Trump’s top pick list, having written for and having affected our legal system in important ways leading all the way back to the Presidency of George H. W. Bush. Others have (somewhat foolishly) thought that Kavanaugh would be the easier pick to get approved by the Senate, as his less extreme stances would ease the concerns of the more independent leaning members of Congress. At the same time, both of these factors, although true, also equally hurt Kavanaugh. His long legal history means that the confirmation hearings are bound to be lengthy, and there’s no saying what will be dug up during these sessions.

Neil Gorsuch was ideal last time because there was nothing to dig up, and he had a sharp and earnest wit that cancelled out any of the probing that Senators threw his way. Kavanaugh on the other hand doesn’t benefit from this, and in the confirmation process, political independents/moderates are more likely to stray away from his legal history and care more about his ideological beliefs, which is bound to hurt him. Figures like Senator Rand Paul have warned that if they aren’t impressed by Kavanaugh, they aren’t scared to vote against him, although it is worth noting that Paul said the same thing about now-Secretary of State Pompeo, who received Paul’s support after lengthy backdoor meetings and a laundry list of promises to appease the more libertarian minded folks in DC.

Why Not Risk the Hail Mary? 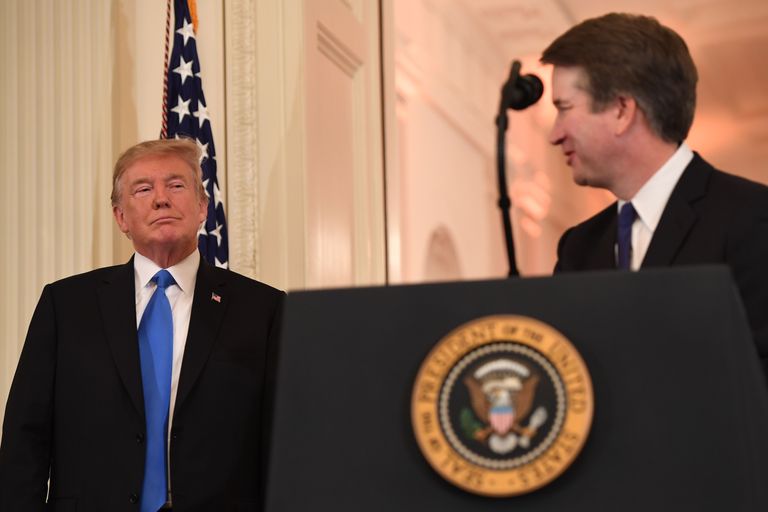 While conservatives are justified in being disappointed by Trump’s nomination, an interesting piece of insight comes out of this pick. Much like every moderate decision the President makes, from nominating Pompeo to signing an executive order to keep illegal immigrant families from being separated at the border (also known as not enforcing the current laws), inevitably, America’s Right will come around to supporting Trump’s decision. Notable names that were screaming for Barrett this past week were surprisingly resigned about the Kavanaugh pick, and inevitably next week we’ll see the same people revel at the liberal outrage that’s bound to emerge from this decision. Trump continues to set his own tempo, and it honestly never gets tiring watching everyone else keep up with him.

It is worth noting however, that the hoopla surrounding the now conservative leaning court has been as ludicrous as one could expect from the media outrage machine. Articles have been generated urging liberals to engage in a SCOTUS “nuclear option”, meaning that the second a liberal next takes the White House, they should expand the Supreme Court Justice Count from nine to eleven, thirteen, or even fifteen, of course stacking the seats with liberal, pro-choice candidates. While the absurdity of this plan is too great to delve into now, be on the lookout for the even more delicious hit pieces against Kavanaugh these next days, which will most certainly attack his stances on the Second Amendment, climate change, and Freedom of Speech to name a few. What’s important then, is that conservatives (those actually worthy of the title), filter through the inevitable quagmire that will surround Kavanaugh and determine if what lies underneath his years of legal history is worth both defending against left-wing conspiracy, and nominating to one of the highest honors and arenas of duty in this great nation. I guess we’ll soon see if any are up to the task.