In somewhat predictable news today, Breitbart head and former White House Chief Strategist Steve Bannon was removed from his position today by President Trump. The decision has been in the tea leaves for the past couple of weeks, and several publications, most notably insider Roger Stone on Infowars, predicted this move. Despite this, the decision to remove Bannon, who has been such an essential part of Trump’s time in politics, and essentially the figurehead of the populism and nationalism that won Trump the presidency, makes the decision to remove him still feel strange. I think it’s important to look at what Bannon did right, what he did wrong, and examine what this means for the future of Trump’s White House.

In the Room Where it Happens 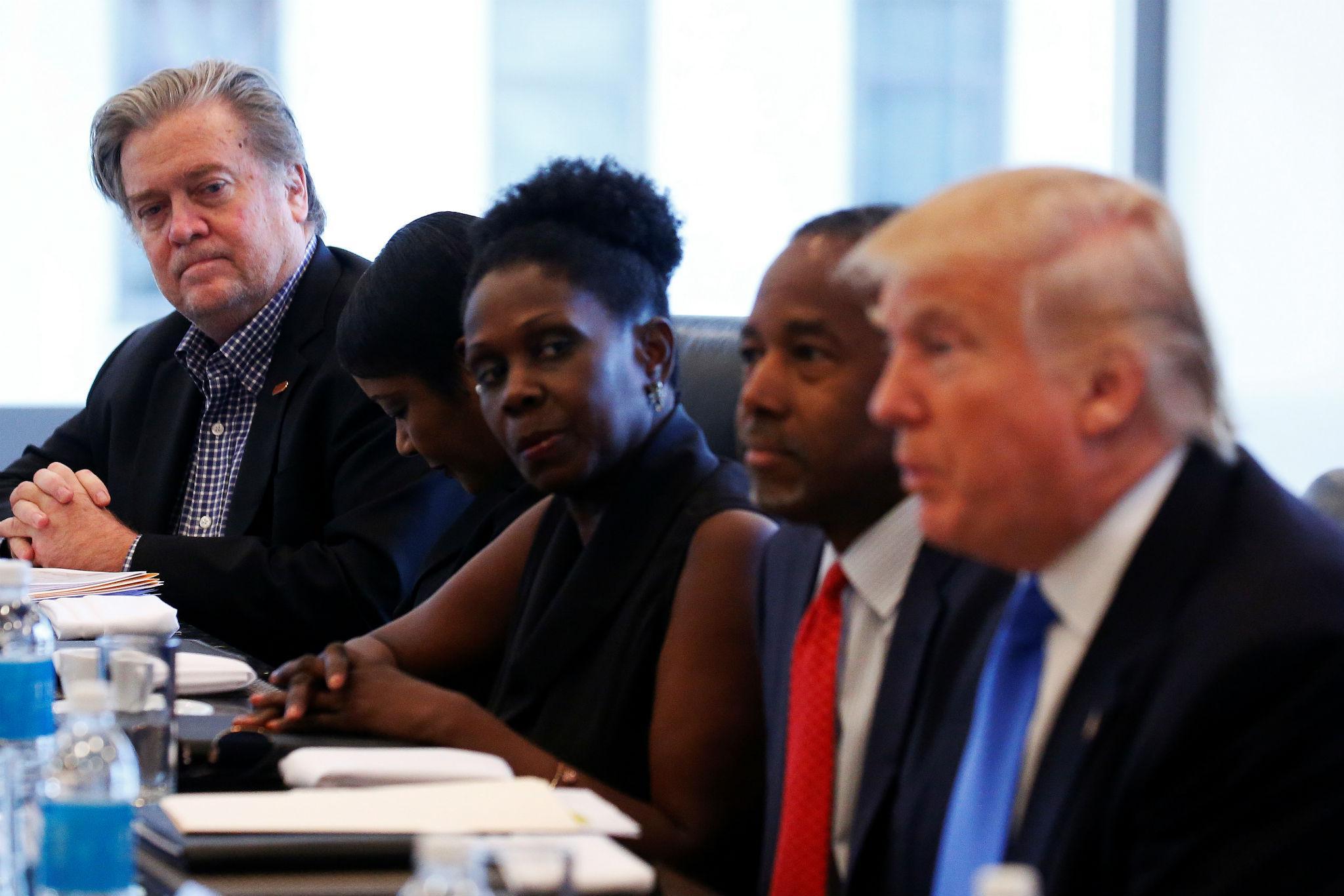 However you feel about the man, it’s important to recognize that Steven Bannon is incredibly well educated, and a master of spin. An alumni of Harvard Business School, a former Navy officer, and a former investment banker are all roles that make Bannon such an interesting figure. People always make the right-wing publication he took over, Breitbart, out to be an evil propaganda rag, but if you actually took the time to read past the intentionally provocative headlines, there’s actually a lot of interesting criticism and unique takes that can’t really be found anywhere else in the journalism, and the fact that the man had the foresight to give people like Milo Yiannopoulos a platform says something really big.

Much like Trump, I think it’s important to look at what Bannon’s reasoning for getting into the political sphere was, because I think people get too caught up in the unimportant weeds on this subject. A criticism I always hear of Trump and his cabinet is that they focus on supporting Middle America and the working class, yet they themselves represent the 1% that have supposedly been transgressing on the rest of the nation. This is a very valid point, and I always felt that Bannon balanced that out, and taught Trump how to appeal to the rest of America that the media ignored for the past decade. It makes sense that Bannon is so effective at making Trump out to be a man of the people, as Bannon himself is from an Irish Catholic, pro-union, Democrat, Kennedy-loving household in Virginia. Bannon himself has said that he wasn’t interested in politics until he joined the military, and saw how badly presidents like Carter and Bush were running the nation, and how well the conservative populist Reagan did in comparison.

Similar to Newt Gingrich in the 90’s, Steve Bannon’s contribution to the conservative side hasn’t been one of political legislature, but rather a cultural effort to instill a certain mindset back into Americans. Just take a look at Trump’s campaign and speeches, and you’ll see a myriad of conservative messaging all thrown into one speech, between Nixon’s “Law and Order”, Reagan’s “Make America Great Again”, and plenty more. Even more brilliant, was Bannon’s ability to make Trump appeal not just to conservatives in Middle America, but also to those who felt alienated in urban areas. Just like he does in Breitbart, Bannon was able to make the President’s message easy to understand and universal to those not trained in political rhetoric, yet also refreshing and somewhat coded to those who pay attention to the sphere. Bannon was never scared to offend, and as he was working for Trump, he helped use the media machine against themselves, using the billions of dollars of free coverage to spin to his own desire and give us a President Trump.

Flew Too Close to the Sun

The reason why Bannon’s fall was so predictable to many who followed Trump and began to understand what was happening in the White House, is because it was easy to see that Steve Bannon had become as big and notorious of a figure as Trump. Early in Trump’s presidency, I saw an article comparing Trump to King Henry VIII and Bannon to Oliver Cromwell. While I didn’t agree with the negative connotation of the article, I did see the danger in having such a public and cunning figure at the ear of the most powerful man in the world. As scandal after scandal broke out of this White House, it became easy to tell whether someone was going to lose their job or not based on how Breitbart covered them. Most notably was Anthony Scaramucci, who seemed to be at the graces of the President before publicly calling Bannon a nuisance, and then immediately getting fired by Trump only 10 days after being hired. Almost every story of chaos and petty firing stemmed from Bannon. He seemed to me like a brutal war general, whose tactics were invaluable during the election, yet don’t seem to be as worthwhile now it’s time to actually administrate.

It’s not possible to say that Bannon wasn’t useful to Trump’s administration, he was practically one of the only voices supporting the populist and economic protectionist policies that Trump promised during his campaign. Although Bannon did cause a lot of drama in Trump’s White House, it is possible to point out that those who were fired weren’t rather competent in their positions, and that while the media was distracted at the most recent White House scandal, Trump was off making trade deals, slashing regulations, signing in important bills, and trying to make sense of the world in 2017. As a Chief Strategist, I feel Bannon was perfect for that position, yet with all of that power came responsibility I don’t think Bannon was built for.

The biggest sign of Bannon’s fall came from the fact that he was publicly criticizing Trump’s strategy with North Korea, pointing out that military conflict with the nation would result in the utter destruction of Seoul, which is a risk America wouldn’t be able to justify. Bannon has also been rumoured to be part of the reason the White House has had so many information leaks, and insiders have claimed that Trump grew tired of Bannon’s constant infighting with every establishment Republican and media outlet. Finally, many could argue that Bannon’s populist allegiance is what led Trump to handle the recent events in Charlottesville like he did, which has heavily divided the nation and further agitated racial and social relations. It’s clear that the new Chief of Staff, General Kelley is attempting to clear Trump’s house of anyone who has been starting trouble and making the White House look bad, and one of the biggest pieces in this cleanse was Bannon.

I don’t think it’s possible to predict what comes next for President Trump and his administration. Steve Bannon was such an essential part of not only getting Trump to the White House, but in helping us understand what Trump’s end game was. By constantly enacting policies that had the common man in mind, Trump has been able to build a crucial base that Democrats have zero hope in winning back in upcoming elections. With Bannon, the man who helped Trump earn that base gone though, it raises the question of how well Trump will be able to keep them. At the end of the day, we all know that Trump reads Breitbart and watches InfoWars, which means that he’ll be tuned into the messaging and concerns of those that follow him. Arguably, if Bannon returns immediately to Breitbart he might retain just as big of an influence on the President without having to stress about being a government employee.

Whether you loved or hated the man, it’s impossible to ignore the influence Steve Bannon had on the face of American politics in 2017. No longer is the Republican Party the dinosaur of old men and the American South, but instead is the people’s party, representing the working class and the parts of America that the rest of like to mock or downright forgot about. Bannon, along with several other figures working for Trump, also reduced the political process down to one of name calling, slander, and “anything goes” media burning, causing the nation to be in the constantly confused manner that it has been. Most importantly, whether at Breitbart or in the White House, Bannon has played a massive part in giving the political Right a voice and a fighting chance in the culture wars that have been occurring of late, and although he has done his part in stoking the fire, I don’t see Bannon quitting the fight anytime soon. That being said, should Bannon follow up on his promises from this morning, becoming “Bannon the Barbarian”, then maybe things will get really interesting. Bannon has stated that the White House is now “full of Democrats” and that he’ll commit himself to using Breitbart to fight the White House and globalists. For better or for worse, look forward to a period of uncertainty as this administration continues to find its legs, and as we collectively wade through a period of political and societal unrest.