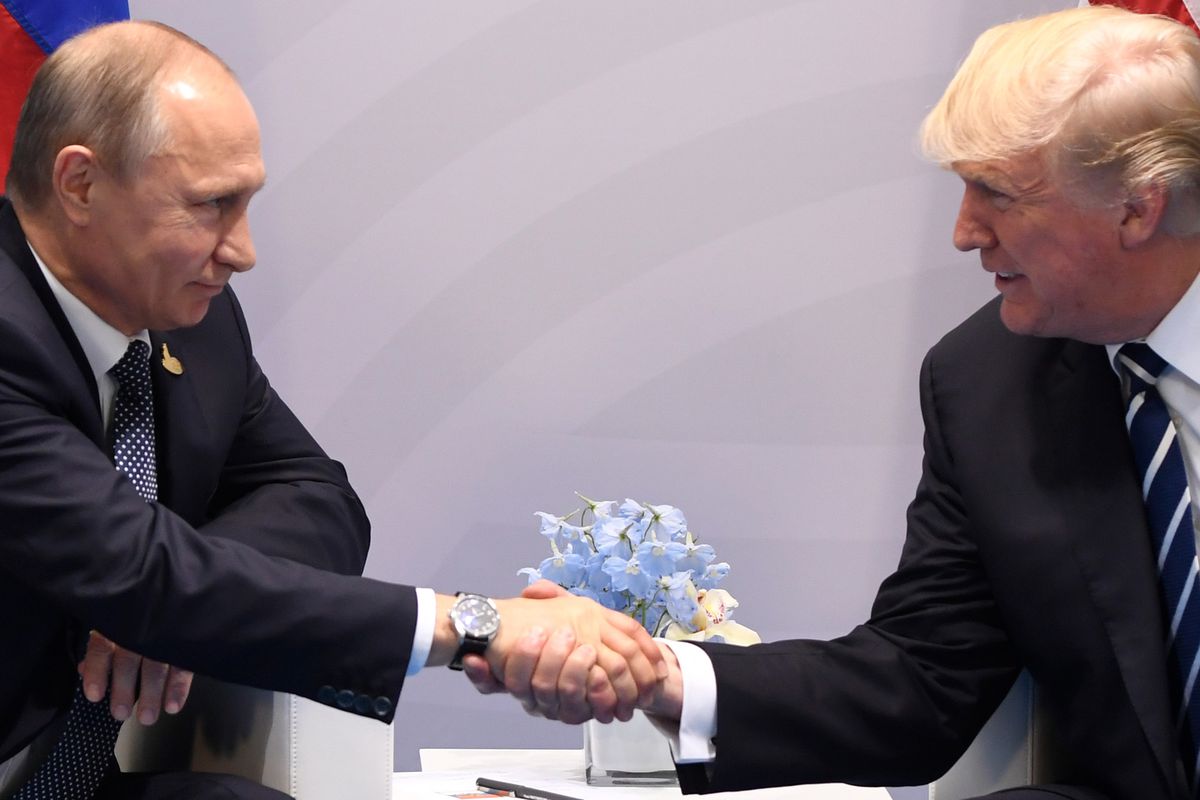 Here’s a NYT article covering the Trump and Putin exchange. Notice how they still push the Russia Narrative and treat it as if it’s real:

In case you haven’t seen videos of black masked figures marching through the streets of Hamburg, or hilarious GIFs of world leaders awkwardly interacting with one another, G20, a.k.a Alex Jones’ nightmare, is taking place in Germany. For those unaware, the G20 Summit is a meeting of the 19 richest nations in the world as well as the European Union. Global leaders meet and talk about globalist agendas such as climate change, world economies, and war and peace. There are a lot of things to note from this summit, but the most important thing that came out of today was Trump’s meeting with Putin. For those who’ve read mainstream reports on how Trump was clueless today and fell into Putin’s trap, let me set the record straight.

Donald Trump and Vladimir Putin have been in American news way too often these past months for all the wrong reasons. Mainstream American media can’t actually accept that Clinton lost the election fair and square (if anything, illegal voting and hacking might’ve helped Hillary) so they’ve invented the narrative that Trump colluded with Russia to rig America’s election. The goal post has moved dozens of times, and despite the fact that CNN has unwittingly admitted that the Russia narrative is fake news, they’re still maintaining the lie. Not only is this blatant misinformation toxic to the American public, but it actually affects global politics. Due to this, the first thing that Trump asked Putin after meeting him face to face for the first time today was whether or not he actually had something to do with hacking the elections and whether or not it actually happened in the first place. Just like he did with Megyn Kelly, Putin kept a stone face and said that Russia did nothing to interfere with the American election. What irritates me is that Trump had to entertain these journalistic fantasies in the first place, and even more annoying is that the media isn’t satisfied by this. 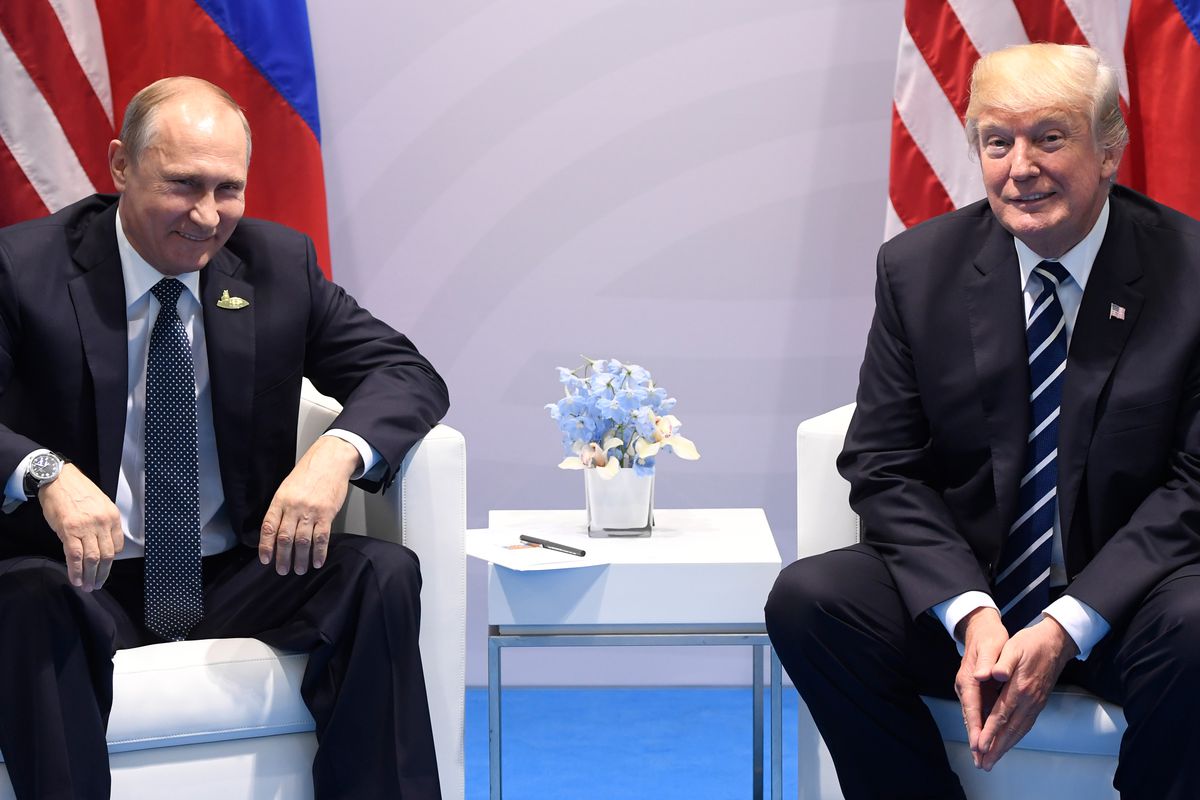 All the Russian hacking questions boiled down to was one side swearing they didn’t do it and the other side saying they believed them but continually asking more questions to be double sure nothing really happened. It was childish, pointless, and doesn’t have anything to do with actual issues going on in the world. Speaking of which, what nobody really seems to be talking about are the good things Trump managed to talk about with Putin. Most important to me is that Trump and Putin had a serious and successful talk about achieving realistic peace in Syria. Things are incredibly out of hand there, just like everywhere else in the Middle East, but even worse is that it devolved into a proxy war. If things continued to get out of hand, we could easily see a World War III, but instead, Trump was cordial yet firm with Putin and managed to negotiate plans to de-escalate. It’s refreshing to see a president negotiate peace for once in my lifetime, and it’s great seeing Trump stand strong in the face of media and leftist stances, and work out peace with the other major global power in the world.

Several other things were discussed between Trump and Putin, as their meeting took several hours and actually caused them to miss out on a more global meeting and several other appointments. Russia Today bragged about how well the leaders got along, and the American press freaked out about how long Trump and Putin talked, shirking off their duties elsewhere. Personally, I found it nice to see Trump get along with another world leader, especially one with so much power. Unpopular opinion, but Putin isn’t nearly as evil as the media wants him to seem. Sure, I’m going to oppose Putin because I want American interests first and I’m not a fan of strong man leaders who earn their power through shady means, but that all said I respect aspects of Putin. I like that he holds his nation first, his people first, wants everyone living in Russia to speak Russian and promotes the Russian Orthodox Church. He cracks down hard on terrorism and opposition, and always ends of benefiting from Middle Eastern conflicts. Again, not a Putin apologist, but when you start to analyze Putin as somebody who loves his nation and wants his nation’s reputation to live up to its size and legacy, his actions make a lot more sense. It also removes any moral reason to pick fights with Russia, and instead treat them with more respect and keep the world in an un-blown up state.

At the end of the day, I feel like my generation is burned after years of Obama, Merkel, and random socialist and anti-Western leaders this past decade. People are tired of the state of the world. People are tired of leaders crying for us to save the children yet still drop scores of bombs on other nation’s children. People are tired of hearing about controlled global economies yet losing all their savings with horrible crashes. Most of all, people are sick of people in suits and Ivy League educations meeting in private and closed off areas to dictate how the world is going to run the next year, almost always to the detriment of the common human. Donald Trump, despite being a billionaire, finally feels like the outsider we’ve all wanted. Watching him silently stare and bob his head as stuck up leaders rant about climate change and gender oppression is not only relatable, but symbolic of the true American outlook on global affairs. Americans, as well as most people around the world, don’t care about what’s happening in the nation across the sea from them, nor should they have to. The only reason it’s necessary nowadays is because not being aware of global affairs means being ignorant to terror, migrants, and mass amounts of danger. Donald Trump has implemented nothing but policies that make it easier for the common man to live his life without having to worry about these things, and hopefully remove the danger in the first place. Keep this in mind when you hear people criticize the travel bans, and the trade deals, and when you see Trump shaking Putin’s hand. As I’ve been saying since I voted for the guy, give Trump a chance these next four years and let him do what he has to. We’re already doing a heck of a lot better than we have been, and if things stay on track, we might have a nation to be proud of again once Trump’s terms are up.