Here’s a really empowering clip from the Polish PM after the Manchester attack:

I’ve been so distracted this past week by the ongoing culture war that has consumed American politics that I haven’t had time to focus on two major events that happened abroad. The first is that Angela Merkel and the EU have threatened to take legal action against three European nations, Poland, Hungary, and the Czech Republic for refusing to take Islamic migrants into their nation. In a hugely defiant gesture, Poland stood up to the EU and continued to refuse, pointing out that they have not had any terror attacks due to their immigration policy, as well as the fact that the PM was taking a “Poland First” stance. The other major story is that Israel has ordered the removal of 200,000 Palestinians from the nation due to a recent slew of terror attacks that have taken several lives and injured many more. I want to cover both of these in one post, as although they have to do with different circumstances, the overall theme is similar.

Poland’s story is a long developing one, as before you can understand the PM’s response, you first have to understand Poland’s long history with both Islam and the rest of Europe. To avoid giving a full blown history lesson, the important thing to understand is that Poland’s location in Eastern Europe has long meant it has come into contact with Islamic invasion. Arguably, the defense put up by Poland against invaders from the East, like the Tatars or the Ottoman Empire, left Western European nations like Germany and France safe to develop and turn into the cultural centers that they became. Now combine this long history with invasion from the east with the struggles Poland faced in the 20th century. A starving Germany under Adolf Hitler saw Poland’s fertile land as ideal grounds for invasion. The rest of Europe stood by and watched as Poland was trampled by Nazi bombs and Nazi tanks and Nazi boots. On top of that, Poland’s friendly stance towards the Jews led to Warsaw having the largest concentration of European Jews in all of Europe. This is what caused a huge chunk of the atrocious murders committed during the Holocaust, as Polish citizens had to watch in horror as those they promised to keep safe were trained off and gassed at camps. Things after the war weren’t that great for Poland either, as it’s eastern European location meant it fell in the Soviet Sphere of Influence post-WWII, meaning the Polish people had to trade Nazi occupation for Communist Soviet control. This was almost, if not just as bad for the Polish people, and lasted for decades. I’m telling you all this so you understand the irony of the situation where Angela Merkel, who’s behind the EU’s globalist and culture destroying policies, tells the Polish people to open up their borders and allow Islamic migrants to settle in their cities and live off their welfare programs. This is also why it’s so powerful when Beata Szydło, the Polish PM, directly says to Merkel and the EU that they won’t capitulate to their desires, and that the safety of her people comes before the desires of authoritarian global elites. The statements alone are powerful, but look at the stats she has to back her policies up: 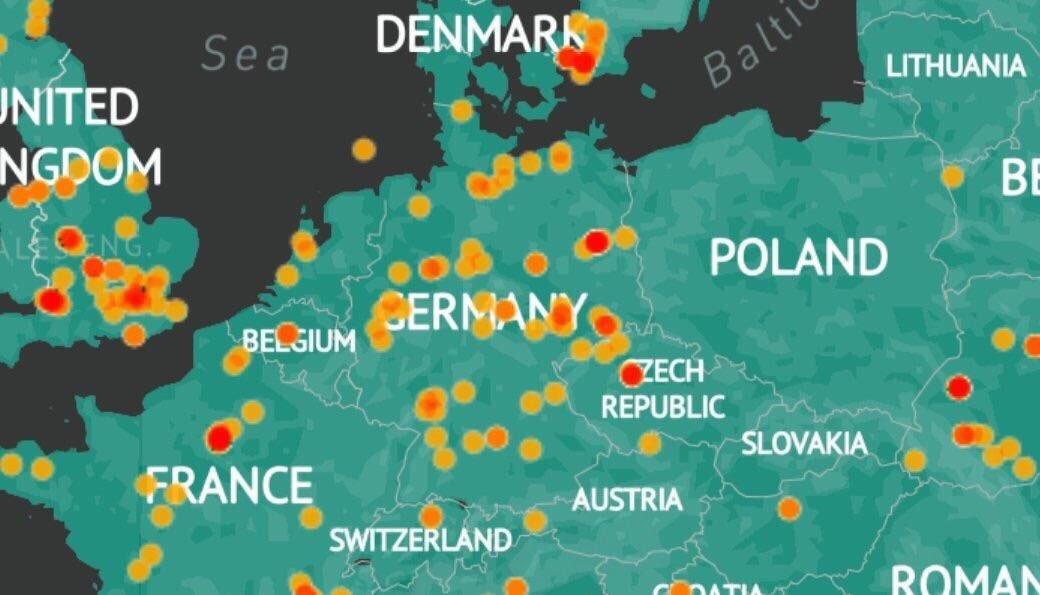 Dots represent Islamic terror attacks. See any in Poland? Guess closed borders and tough policies against those you’re at war against work. Who knew?

Hopping over to Israel, Netanyahu and the Israeli government made the bold decision to kick out 200,000 Palestinians who had special visitation passes handed out to visit their friends and family for Ramadan. These passes were created as an act of good faith towards the Islamic and Palestinian populations residing in “Gaza” and the “West Bank”.* These visitations were short lived though, as a recent strand of terror attacks in Israel have proved the Palestinian population just as dangerous and terror-prone as ever. The biggest attack was the recent fatal stabbing in Jerusalem of 23 year old policewoman Hadas Malka. Malka was patrolling the streets when she was jumped and attacked by a Palestinian terrorist armed with a knife. Fellow officers rushed to her aid and gunned down the attacker, before coming under fire from two more Palestinian terrorists, armed with automatic weapons. These two assailants were taken out, but unfortunately Hadas succumbed to her wounds and passed away.

Her death started a massive stir throughout the region, and Palestinian revolutionary (terror) groups took credit for the attacks. Both Hamas and Fatah (the ruling organizations of the “Palestinian” people, also notorious terror groups) bragged about the attacks, claiming it was, “new proof that the Palestinian people continue their revolution against the occupiers and that the intifada will continue until complete freedom is achieved”. Netanyahu reacted swiftly to these attacks, opting for the immediate removal of all Palestinians who were only allowed in Israel because of Ramadan visitation rights. This decision was picked up by global sites with the usual mixed opinion, although how the opinion is mixed I don’t understand. The Palestinian’s have time and time again shown that they don’t desire peace or unity, but rather the annihilation of the Jewish people and their state. They don’t even try to hide this stance, although global news sites do everything in their power to keep them appearing as the victim. Personally, bold decisions like this are what will keep Israel safe during this already dangerous month, and the nation should be able to take any decision necessary to ensure its people are safe.

As I said earlier, although these stories seem to be separate issues, it’s all part of a larger struggle. The struggle between Western culture and Islamic Law. The struggle between nationalism and globalism. The struggle of strong leaders to maintain their borders and culture against barbaric invaders who want their destruction. No matter how media tries to spin these events or how much pressure these nations face, I respect that they stand strong and preserve their laws, values, and above all, the safety of their people. If only the the rest of the western world picked up this stance, we’d be in a much better world.